You are at:Home»Interviews»Interview with Caleb W. Lack – The Secular Therapist Project

Caleb W. Lack, Ph.D. is a licensed clinical psychologist, an Associate Professor of Psychology at the University of Central Oklahoma, and the Director of the Secular Therapist Project. Dr. Lack is the author or editor of six books (most recently Critical Thinking, Science, & Pseudoscience: Why We Can’t Trust Our Brains with Jacques Rousseau) and more than 45 scientific publications on obsessive-compulsive disorder, Tourette’s Syndrome and tics, technology’s use in therapy, and more. He writes the popular Great Plains Skeptic column on skepticink.com and regularly presents nationally and internationally for professionals and the public. Learn more about him here. 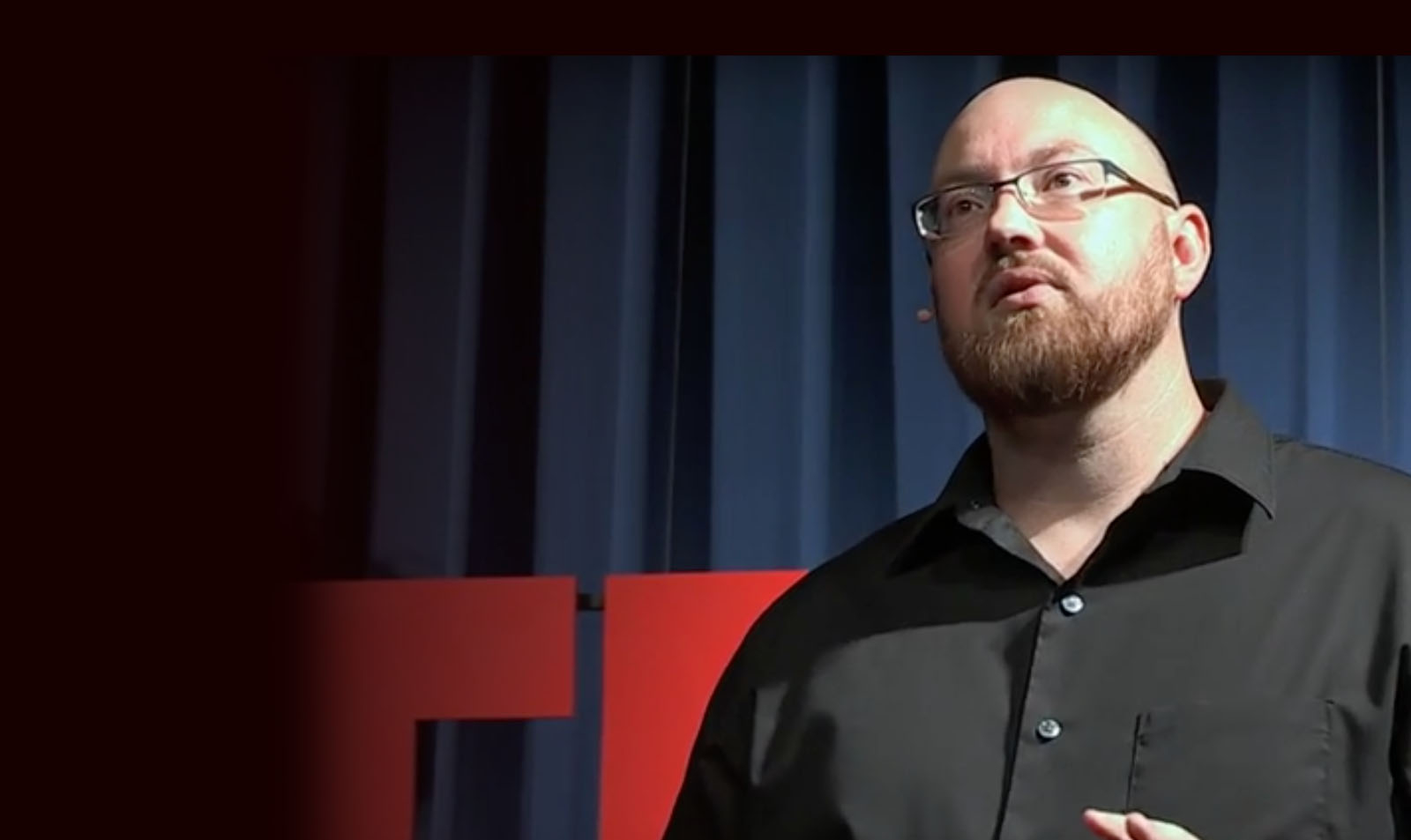 Scott Douglas Jacobsen: Tell us about your own journey into becoming a secular therapist.

I was never a non-secular therapist! I was already non-religious by the time I started my clinical psychology graduate program at Oklahoma State University, and the program itself was completely secular in nature. As such, all of my training came from an evidence-based, science-back point of view, which I naively assumed was the norm for those being trained in the field of mental health. It really wasn’t until my pre-doctoral internship at the University of Florida and after getting my PhD that I began to be exposed to the fact that the vast majority of mental health clinicians did not practice evidence-based therapies. And it wasn’t until I began interfacing with the non-religious community in a larger role that I realised how prevalent the issue of licensed mental health professionals pushing their religious beliefs onto others really was.

Having seen and talked to huge numbers of people who went to a therapist seeking help for depression, anxiety, or marital problems and ended up being preached at and told how all their problems would go away if only they would stop being an atheist, I was very excited when I learned that Dr. Darrel Ray (a psychologist and the founder of the secular support organisation, Recovering from Religion) was leading a new initiative called the Secular Therapist Project. About a month after it launched in 2012, I submitted an application to be in the database of therapists and was accepted. Several months after that I saw a call for a new member to join the evaluation team of the Secular Therapist Project, which are the people that actually screen potential therapists. I put my application in, and joined the evaluation team in January 2013.

In late 2015, Dr. Ray had decided to step back into a position as president of the Recovering from Religion board and was interested in having someone else become the director of the Secular Therapist Project. I decided that the time was right for me to increase my level of involvement, talked to him about the position, and officially took over my current position in January 2016.

What is the content and purpose of The Secular Therapist Project?

The Secular Therapist Project was designed to be a free service to help connect non-religious individuals who are seeking mental health care with non-religious psychologists, psychiatrists, counselors, and other therapists. However, what’s unique about the STP is that we aren’t just a database of therapists like you might find at Psychology Today. Instead, we very carefully screen potential therapists who want to become part of the STP. We screen them to make sure that a) they are appropriately licensed in their state or country, b) that they are secular in nature as well as practice, and c) that they actually use evidence-based treatments, which have been shown to be effective at helping improve mental health problems in controlled clinical trials. This means not only will our therapists not try to preach to you or convert you, but that they are also using the most well-supported types of treatment to help you.

What is your own religious/irreligious view?

I consider myself a freethinking, secular humanist, scientific, and sceptic. That’s a mouthful, so let me explain a bit! My worldview is based on a naturalistic view of existence that is best discovered via scientific inquiry. Ethically, I believe strongly in consequentialism, the idea that our actions need be judged by their outcomes and results. I strive to acquire and spread knowledge with the end goal of making life better for humanity as a whole, and the people I interact with in particular. Professionally, that means I spend large amounts of time teaching critical thinking skills and training other mental health clinicians in the most effective means of helping people with specific behavioural or emotional difficulties.

What tasks and responsibilities come with being a part of The Secular Therapist Project?

After applying and being accepted as a therapist in the STP, an individual’s main task is to respond promptly to messages from those seeking services. We don’t match those seeking services up with a therapist; instead they have to search our database for therapists who are close to them and make contact. This all takes place within a completely confidential system that does not reveal names or addresses of therapists or clients. We built this confidentiality to protect those who are using our service, as unfortunately most of our therapists cannot be publicly “out” as being non-religious (atheist, agnostic, freethinker, and so on). Thanks to the negative stigma associated with being “atheist,” many of the therapists in our database would likely lose clients and referrals sources if they advertised themselves as being openly secular.

What is the common therapeutic methodology used with those coming for help from The Secular Therapist Project?

People use the STP’s website to get help for a wide variety of problems, both related to religion and completely separate from that. On the religiously-related front, people often need help with the transition from being religious to being nonreligious. We frequently have people contact us who want help in coming to grips with the fact that believed in something for 10 or 20 or 50 years, lived their life accordingly, and now no longer believe it to be true. We see a lot of people that are angry, especially after being within a highly controlling, perhaps even abusive, fundamentalist background where they were told they were going to hell, or were a bad person because of their sexuality, and so on. We also see lots of sadness too. There’s a reason people often use the term “I lost my faith” because it is a loss, of community, of family, of friends, of routines.

Given that we screen our therapists quite carefully to ensure that they are using evidence-based practices, we also have many people who use the site not because they are having difficulties in life due to religion, but instead just want to be assured that they are meeting with someone who is using current best practice. As such our clients seek out help for depression, anxiety, relationship problems, and the full gamut of mental health difficulties.

What has been the reaction from some of the mainstream culture to the initiative?

Overall, we have received very little negative feedback about the STP from the public, which is quite nice. The reaction, though, really depends on where you live. Many people that I’ve talked to on the East and West coasts of the U.S. are quite shocked when I describe the problems of therapists in the South and middle parts of the country pushing their religious beliefs onto clients. They are shocked because doing so is highly unethical, as mental health clinicians are there to help their clients lead more adaptive, productive lives, not to proselytise to them. Don’t misunderstand me, I’m a non-theist who strongly supports the right of individuals to believe whatever it is that they would like to believe. That right, however, shouldn’t extend to trying to push it onto others. I think it is highly unethical for therapists to push their private agenda or belief (religious or otherwise) onto persons seeking help, who are frequently emotionally vulnerable. The major mental health organisations in the U.S. (such as the American Psychological Association and American Counseling Association) agree, and that is codified in their ethics codes.

Interestingly, the most negative feedback we have gotten has come from clinicians who have applied to be part of the STP, but whose applications were rejected. As I mentioned before, we have a fairly rigorous screening process designed to make sure that those who apply are non-religious themselves, secular in their practice, and using evidence-based therapies. Not meeting that last criteria is the most common reason we reject people, and our numbers over the past few years have us denying between 30-35% of clinicians that apply. They are often upset, as you would imagine.

What has been the most touching narrative, without divulging sensitive information, from someone coming to you, personally, for assistance in professional practice?

Due to my specialisation – which is the obsessive-compulsive and related disorders – I most frequently see people who have been to a large number of other therapists, sometimes for years. For those who have been struggling with things like OCD, Tourette’s, or trichotillomania but have not been receiving the most effective treatments, seeing someone who knows what they are doing can be life changing. I recently had a child who has pretty severe OCD start seeing me, and the parents told me that they had seen more change in three sessions with me than they had seen in the past year and a half of therapy with someone else. That’s a major reason why I am such a strong advocate of evidence-based psychology, and why we emphasise that all clinicians who are a part of the STP must practice using those methods.

For those that want to work together or become involved, what are recommended means of contacting The Secular Therapist Project?

Our website is seculartherapy.org, which is where you can register to be either a client or a therapist. People are also free to contact me via the site if they have any specific questions about the process. If you are seeing a therapist who is secular, please encourage her or him to apply! Although we have almost 10,000 registered clients, we only have about 300 therapists at this time, so there is a massive gap, especially in the southern and mid-western states. We will also be expanding more internationally over the next few months with upgrades to our software, which is exciting.

Thank you for your time, Dr. Lack.

The pleasure was mine, Scott. Take care.